Where you grow up impacts the way you look at the world. Imagine with me if you would that you have been in Egypt for 400 years.  You are a community within a community.  One of the things that has formed you to this point is you believe in a different God; You’ve been slaves and all of a sudden you are now leaving Egypt and you are out in the wilderness. Moses is leading you. You have a collection of stories that have been verbally passed around for generations.  For the first time you are by yourselves as a people and you are engaging with a God personally that you’ve known about mainly through stories. You have a change of environment, a change in position (you are no longer slaves), and you are getting to know again this God who has formed your community.

This provides the backdrop for Genesis. Genesis is a book written to reintroduce to a God they were in relationship with in a whole new way. Through Moses everything was brought together.  I think that Moses wrote the first 5 books of the Old Testament. And as you think about what he did, Moses is probably the most logical choice.  He was trained in Egypt and trained in the house of Pharaoh.  He most likely would have been educated and have the skill of writing. Also, he would have been introduced to the history of Egypt and other nations.

Moses also had many personal experiences with God. When you think about stories of Moses, there are details that Moses would have only known that are included in the writings. Moses probably did use some other sources to assist in his writing.  There were also some stories that were passed around verbally that helped shape what we have recorded. If it was Moses that wrote the first 5 books of the Old Testament, then they were probably written around 15 century BC.

Moses was writing to the Israelites as they were on their way to the Promised Land. They had just come out of Egypt and so they are leaving patterns of worship and behavior and they are being introduced to new patterns of worship and behavior in light of their new provision as a people. There was a great need for this introduction. Even as they are in waiting for Moses to come back down from Mt. Sinai what happens?  Aaron is asked to make for them an idol and what does he do? He makes them an idol. He is asked to personify God to them.  And so, he goes Ok, this is the god that delivered you out of Egypt. While Moses is interacting with the God that did bring them out of Egypt, they are dancing around a lie.

One of the things that I think is interesting and the reason I started with the story of “where did you grow up” is because where we grow up so often defines us in ways we really don’t know much about until we experience other cultures.  And, I just finished a book called Save Me a Place in Heaven by Jerry Deriso. The book centers on his experience growing up in South Georgia in the 50’s and 60’s. Those events and stories formed his outlook as he grew older and his outlook on his culture today. He wanted people today to have the same experience he had growing up and share in the values that those experiences formed.

Genesis has some of the same feel. The writings were being used to create a sense of time and place to reemphasize values.  This helps explain the stories and the genealogies. There is also a wide range of literary devices used to create this feel. Genesis starts with a broad view of the world from the stand point of creation. And from creation, you have a narrowing down of this person called Abraham. And so you have this telescoping down to Abraham and then expansion back out to the twelve tribes.

Because the telescoping nature of the book focuses on Abraham, it is good to ask, “Why is Abraham significant in our understanding of the Bible?” God had a special relationship with Abraham, something very specific. God said that he wanted Abraham’s people to be His people so that through them the world could be blessed. God wanted a special relationship with them so that they could be beneficial to the whole world. We find this idea of God’s interaction with people for the purpose of displaying His character to the whole world so that the whole world can be blessed throughout scripture.

As we come to the Book of Genesis, I am going to focus on what does this passage tell us about this God that we are in relationship with.  Because, even though the book was written to the Israelites as they left Egypt, God wrote it with the full accounts of scripture in mind. And he knew that one day, there would be a group sitting in McKinney opening up His word and studying it to find out what’s true because they’ve met Christ and they now have a relationship with Christ.  And so He’s got very specific things to say to us about what is true of Him and true of His character that will then define how we should live in light of where we are in our culture. This makes sense because we have a right relationship with God, our job in this culture is to be men and women who live out kingdom values today. And in turn, that helps frame what our community of faith should look like, as well as what our lives and families should look like. My summary for this overview of Genesis is this:  God gave us Genesis to help reveal who He is in regards to His plan for His people. 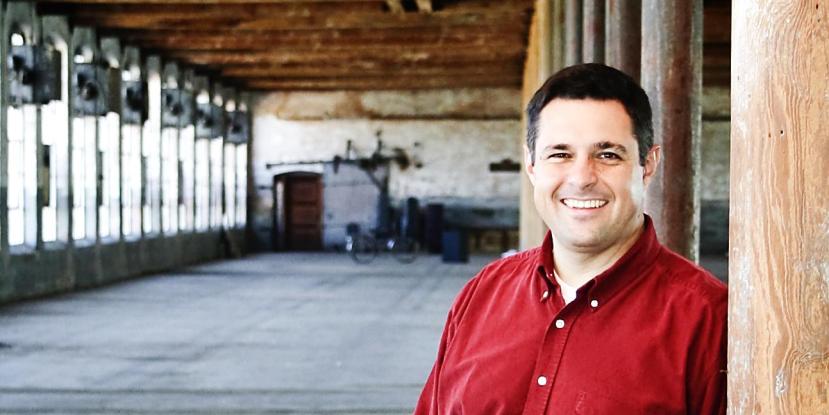 My desire for this blog is to be a place for me to reflect, create, and post ideas and thoughts. I hope over time to see growth and development as I continue to grow and develop as a person. The opinions expressed in the following blogs are mine and those providing comments are theirs alone, and do not reflect the opinions of any organization or other entity.